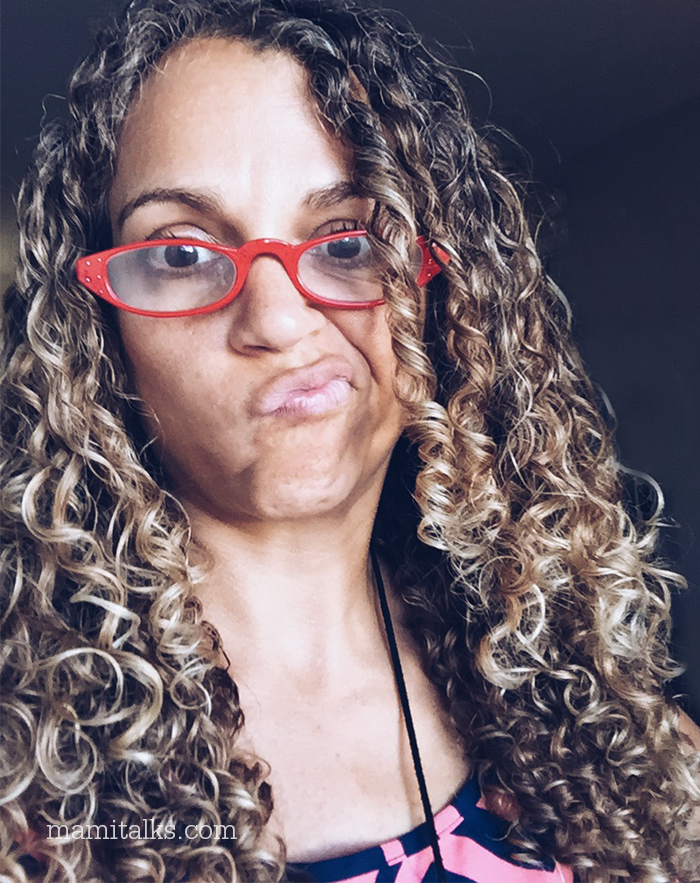 I feel like a philosopher today. I want to tell you what happened after making a decision the other day with the kids and how I felt dumb and then from there I started thinking about all the decisions we have to make in life, they are so many, they are countless, and I think life is a group of moments that go by but it’s also a group of decisions and those decisions are going to build the path for your journey… You see?! I am philosophizing… The fact is that being a mother is something that covers all branches of our being and in many ways, makes you a little philosopher sometimes.

Ok, let me tell you why I felt so dumb after making my decision (and beware, this is quite a long story!):

Adrian has always gone to the after school club offered at school and this year we had enrolled them both to attend the same club (club No. 1). It turns out that right before school started a new option appeared for another after school club (club No.2). This new option is much much cheaper than club No. 1 with the disadvantage that they are not located in the same school but there is a bus that takes them so we decided to take them out of club No. 1 and enrolled them in club No. 2.

Adrian was attending this same club No. 2 during the summer because they offer summer camp too, and although he had great days, he often told me he did not like the club, and that he did not want to go. I asked him many times why and he always told me that he just doesn’t like it, he never gave me a reasonable answer. I also asked at the club how he was doing and they told me he was great, so I thought, well these are things happen, maybe he just wants to be at home watching TV or playing video games all day or something.

When we told him we would have to go to club No. 2 every day after school he started again complaining that he did not want to go with tantrums. As parents, we thought: This is normal, it’s something new, it’s a change but will get used to it after a while, plus there will be more kids there he knows from school at club No. 2. 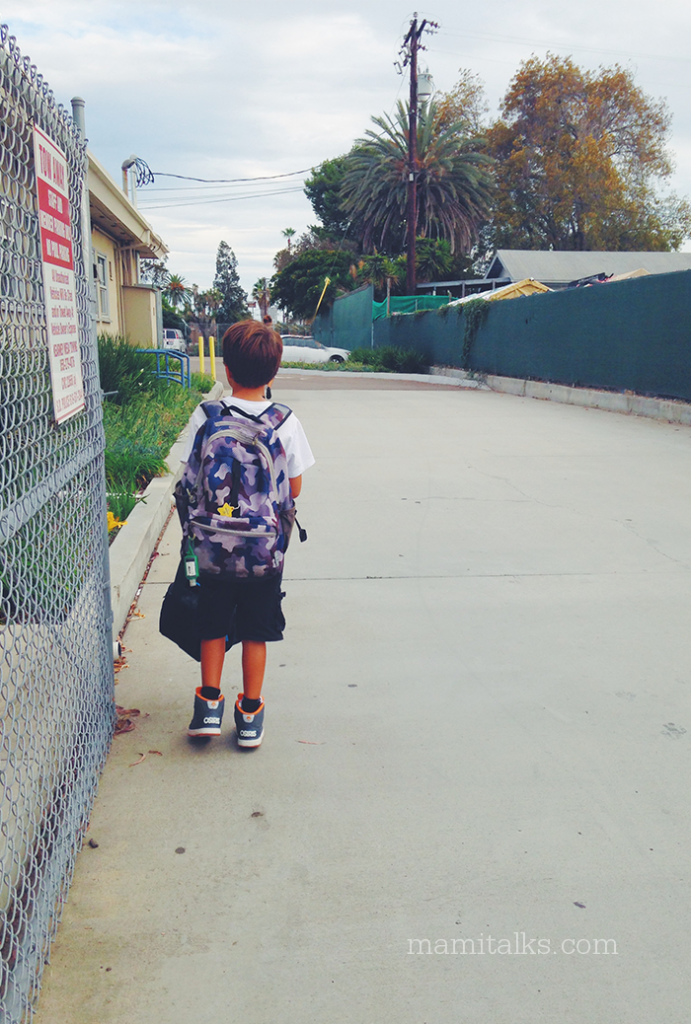 First day of school came and they had to take the bus to go to club No. 2, Mayita was fascinated with everything and never said anything about the clubs. Adrian was happy to help his sister during the first day but the idea of going to club No. 2 still bothered him. When I went to pick them up the first day at club No. 2 they were very happy although I asked at what time had the bus arrived and was told just five minutes ago. Wow! One hour and a half to get there! Club No. 2 is pretty close, we knew it would take a while to get there but did not know that it would be that much.

That was the first day and maybe the buses took longer because of traffic? Don’t know. But at night Adrian became very very upset and cried a lot telling us he did not want to go to club No. 2 that we please take him out, that it’s horrible and many other things. Again without giving us a good reason, just that he doesn’t like it. My first reaction was, ok, I hear you, but let’s try and see how it goes, give it some time, take notes of things you do not like, let’s try at least two weeks, it’s just the first day!! And they were just 5 minutes in the club anyways! But Adri looked terrible, he went to bed crying… My heart was crumbled.

Derek and I talked about it that night and thought, well maybe there really is something he doesn’t like, kids often are unable to express exactly what they are feeling and why, even as adults we often dislike things for no exact reason, we just don’t like them and that’s it. He’s been saying that since summer about club the No. 2 and also the bus seems to take too long so we better change him back to club No. 1 even though we just got them out, we don’t want our boy to be miserable. Everything felt good. Whew.

But that’s just the first part of the story. The second day of school they went back to club No.2 because the change was not made so quickly. I came to pick them up at club No. 2 and this day the did spend more time there. Well that day Adrian greeted me with a smile from ear to ear and told me: Mami, I love this club! I do like it Mami! Really, if I want to be here, do not change me to club No. 1 please! 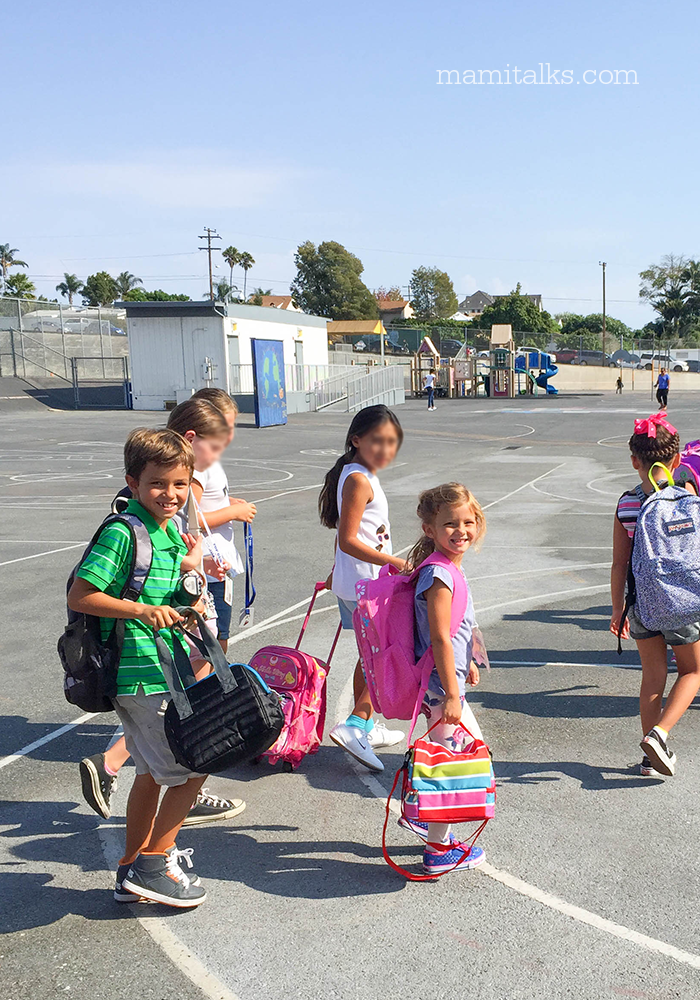 This is the same club No. 2 which the night before he had said it was horrible and did not want to come back ever.

I was speechless really, with many voices in my head that were telling me things like:

-Why did you change them so quick? See what happened?!


-But of course, he is just a kid, you had to have given him time as you thought.


-You were manipulated, you left it 100% by your feelings, and that was just the first day of school.

Anyways, I felt very dumb, dumb to have let myself make a decision led by what Adrian said, by his tears only and have not listened to my inner voice of mom who told me the first thing was to give him time. I was also mad at myself, there were really many feelings at once but the most predominant for several days was feeling dumb.

Of course, I did not change him back again to club No. 2, that first week they continued in club No. 2 but the following after that and right now they are at club No. 1.

Hahaha! Now that I look back I do not feel dumb anymore, I feel that everything happened for a reason, maybe to remind me that I must keep calm, that I do need to pay attention to my instincts and not get always carried away by their tantrums (Which is something I almost never do!)

Simply, what happened had to happen, I learned after my decision and maybe even if all this wouldn’t of had happened we might of changed them back to No. 1 anyways because of the bus route taking so long. It’s just the way of how it all happened caught me completely off guard.

Contemplating it all, I think it was a good test for Adri and me.

As I said at the beginning of the post, there are so many decisions to make in this life, I don’t think all of them will always be the right ones and will make us feel perfectly fine after taking them, I think that what we need to do is take them, enjoy and learn from every decision we make to keep walking through life, always giving the best that we can! That’s what I learned from all this.

Now tell me, has something similar happened to you after making a decision? 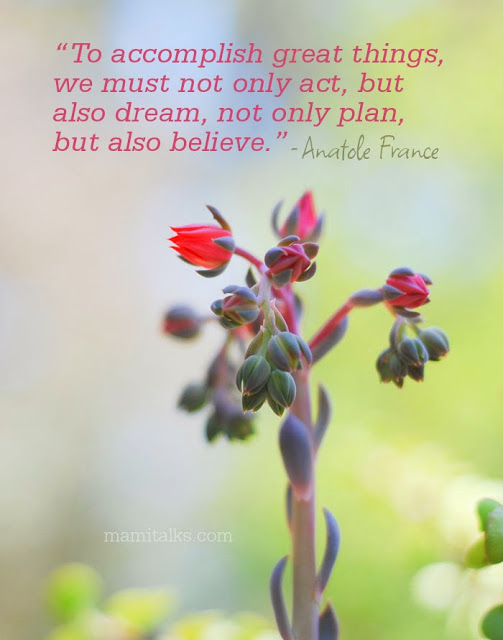 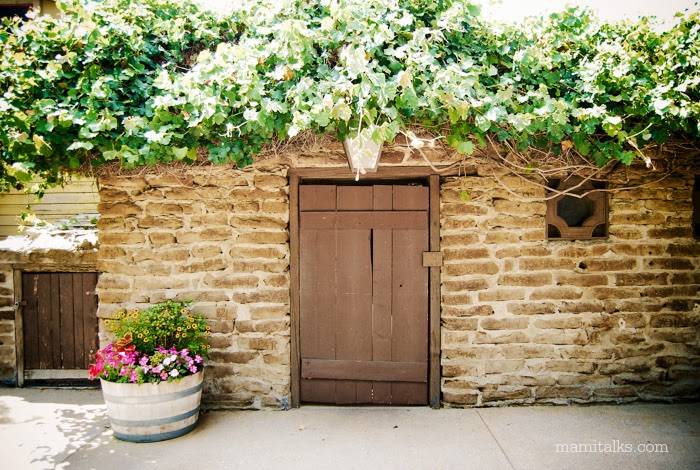 Another Door from the Past: Wordless Wednesday